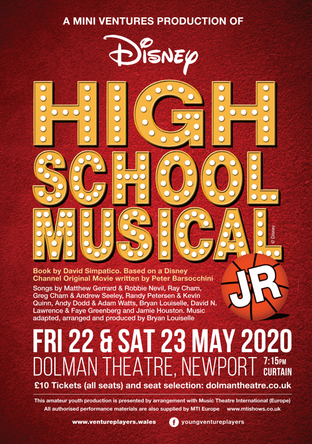 Tickets for all our productions are available via the Dolman Theatre website. You can also telephone their box office on 01633 263670.

Due to the impact of the COVID pandemic and a subsequent reorganisation of the society, we have taken the decision to merge Mini Venture Players, formed in 2013, with Young Venture Players.

SEPTEMBER 2020
Young Venture Players ​​present
We Will Rock You 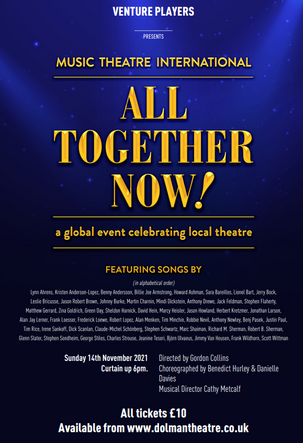 Venture Players are exited to be back on stage and very proud to be part of All Together Now!, a global event celebrating local theatre brought to you through kind permission of Musical Theatre International.

Come and join us for a magical evening of songs from your favourite shows!

Stay tuned for details of our forthcoming productions!

Venture Players are
​members of the
​National Operatic
​and Dramatic Association (NODA), the main representative body for amateur theatre in the UK. 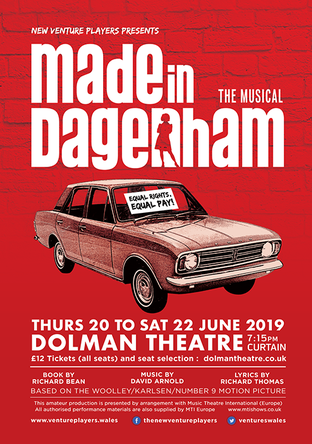